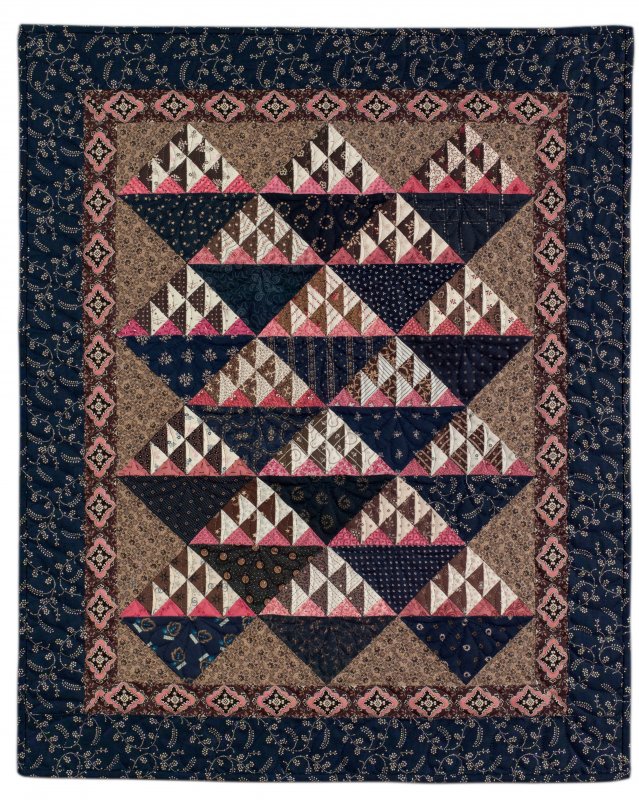 ©2014 25" x 30" Tucking her short hair under a forage cap, Malinda Blalock signed her enlistment papers as S.M. (Sammy) Blalock and left her home in Grandfather Mountain, North Carolina to secretly serve beside Keith, her Confederate soldier husband. After a series of unplanned events, including Malinda’s bullet wound that led to the discovery that she was a woman, they returned home where Keith became a recruiting officer for a northern regiment. One account called the Blalocks the “Bonnie and Clyde” of the mountains, feared by both sides for their bushwhacking, thieving, and murderous acts during the Civil War. This quilt is made of 4” mountain” blocks.