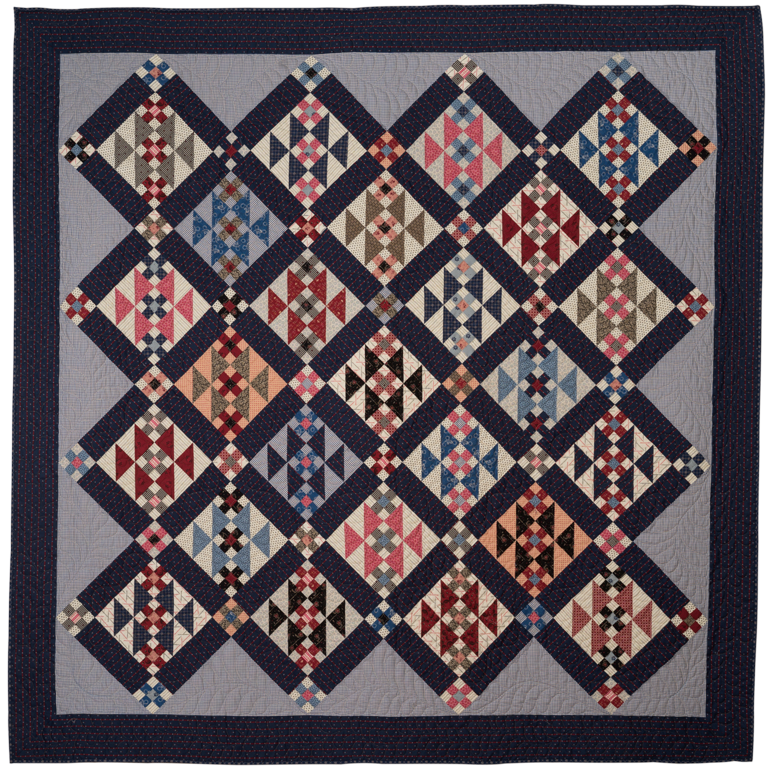 ©2017  78” x 78”  One of the most popular hairstyles of the Civil war era was called “the waterfall”, a look created by arranging a woman’s hair into a flowing cascade down the back of her head, as suggested by the arrangement of these 9” blocks composed of half-square triangles and nine-patch units.